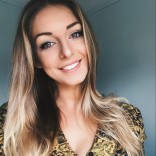 When she isn't off travelling the world Elle is our…

Good for Nothing: The Most Valuable Kind

I know that for some of you, the idea of a vegan diet seems mercilessly bereft of flavour and gratuitously lacking in pep. Food shouldn’t promise excitement and deliver disappointment. You wouldn’t visit Amsterdam’s De Walletjes district, explore the carnal offerings at Madame Therese’s and then hand over a fistful of cash for half an hour of travel scrabble and a warm cup of Horlicks. You know what though, there’s a food revolution happening, and I can taste an evolution in thinking.

Here’s how it happened for me. Around four years ago, a friend invited me to a party. She proudly trumpeted the promise of an extensive and exclusively vegan buffet. My eyes rolled into the back of my head like the fruit spinners in a Vegas casino hall slot machine. I cry-babied “that there had better be dips, as I couldn’t possibly be expected to eat something with all the moisture, flavour and culinary savoir-faire of a dysentery beige, naturally woven raffia coffee coaster!” I mocked that the other guest’s outfits would likely consist of jumpers knitted from kale and that every bra in the room would be fashioned from the same thick and fibrous jute as my hall rug. It’s okay to shout loudly, I know, I was an idiot.

Contrary to assumption, the spread was diverse in flavour, colour and it was bags of fun. The little exposure to vegan fare I had endured thus far had been at best a borderline human rights violation and at worst, edible terrorism. My experience had done nothing but convince me that the only ingredients the chef cared about were the ones that they weren’t actually using. This buffet was not the uninspired stodge that sticks to your intestinal tract like a lonely drunk divorcee does to anybody who will pay them attention in a hotel bar at 3am – it was gluttony making, and I bloody loved it.

I’m not about to suggest that one vegan buffet completely changed my approach to food, but it lit the touch paper that made the chef in me excited about the challenge of exploring how enjoyable vegan food could be.

Until then, I had subscribed to a now less commonly held belief that being vegan was boring; it was fringe, certainly edible temperance and probably the soapbox of an angry hippy community. My focus was entirely based on how it affected me, without any regard for the suffering of any animals that had given up their lives to feed me. Don’t worry; I’m not about to preach a street sermon. Am I saying that if you eat meat, then you’re bereft of compassion, perhaps an amoral degenerate? No, of course not. Hey, most of my relationships have suffered because my partner could see that I didn’t love him with nearly as much zeal or devotion as I did my two dogs. I adored animals while salivating at the prospect of a blue steak at dinner. Counter-intuitive huh!

From that fork in the road, a marriage of my own gastronomic inquisition and the omnipresence of social media helped to peel back the wafer-thin ham tints from my glasses. Although I fall in and out of love with social media, I’m grateful that it kept poking me in the digital ribs until I conceded, put down the bacon and my wiped my eyes. I won’t put links in this article to specific videos that gave my awareness of animal welfare an acute awakening. Instead, here’s a link to PETA, and that’s about as comprehensive has it gets. It may sound hyperbolic that your roast beef sandwich is contributing to the environmental degradation of the planet and untold suffering of animals, but there’s some pretty compelling evidence to argue for the case.

The more I explored vegan tuck, the more I realised that the vegan dark chocolate torte wasn’t as good as it’s dairy counterpart, it was better. The snow pea pannacotta wasn’t less; it was more, it was so much more!

When one of my colleagues here at Amble decided to commit to a month-long vegan diet, I was excited for her. Does she need to be a chef to come up with fantastic dishes? No, it’s easier than you think to create mouth-watering recipes with just a few ingredients. The challenge is the change in mindset. When your natural instinct is to reach for dairy, meat or fish to knock up a bite to eat, then it does take a revision in your thinking. Learning a new way of doing anything is going to require you stop a moment and consider your options. A common objection to a vegan diet is how expensive it’s going to be. How can it be, when the pricy ingredients are the ones you aren’t eating anymore?

See Also
ALL, Amble Does, Our City, People, Things To Do

Most worryingly for some is that they are going feel deprived of the things they love eating, that you won’t be able to indulge. I promise that it won’t be like eating at the chapel of holier than thou abstinence. One of my favourite desserts is a double chocolate brownie, warm chocolate sauce and edible gold. Not a sniff of abstinence there. More and more retailers are introducing vegan ranges and restaurants are now offering various and delicious vegan options on their menus. Next time you’re eating out, give a vegan plate a whirl; it’s better than you think.

I’m doing my best not to sound too sanctimonious, as I believe that more hearts and minds are won through helping people arrive naturally at an appreciation of vegan cuisine, and to that end, it would be remiss of me not to shamelessly plug my own business. It’s called ‘Mr Watson’s’, the name is a cap humbly doffed to Donald Watson, the chap who first coined the term ‘Vegan’ and who founded ‘The Vegan Society‘. One of the many things that Mr Watson’s offers is a Vegan Pop-up Restaurant. Our menu evolves with the seasons, pioneering and innovating a modern vegan food offering, and developing dishes with the aim of turning preconceived notions of vegan food on its head. Creative reinterpretations of classic dishes that use only the finest and freshest ingredients, locally-sourced and organic whenever possible are prepared with a cruelty-free ethos, and to help convince you how gorgeous vegan nosh is, I’m giving away dinner for two at one of my future Mr Watson’s Pop-Up Restaurant events. All you need to do is like the Amble Facebook Page, name the person in the comments that you’d like to take as your hot date, and then share the page with your social media chums. I will select a lucky winner on 15th November.

So I wonder when you’ll become vegan? I’m serious. That question for some of you, right now, rolls up-hill – I get it! I’m not schoolmistressy about it; I am optimistic that in time, the answer to that question will, however, be so self-evident that it will render the enquiry moot.